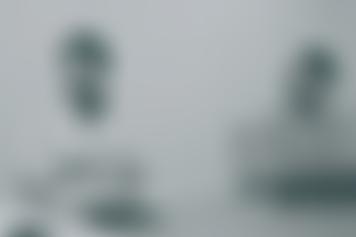 ⚫Tell us a bit about the collaboration. How did this get started?

KA:Honestly, we couldn’t even have imagined that Karimoku would reach out to us.

HK:Although Karimoku has been an established wooden furniture maker for so many years, I started to think about how furniture ought to be, and if there was a way of making different from the know-how we had accumulated over time. What I truly wanted to do was make furniture not just for the sake of selling it, but to enliven and color people’s lives - furniture that brings joy to its users. Then, the Great East Japan Earthquake* on March 11, 2011 struck. While I was wondering how we [Karimoku] could help the disaster victims return to a sense of normalcy in their lives, Ishinomaki Laboratory was getting established with the DIY-oriented concept of empowering people to rebuild with their own hands, making whatever they had a need for. This was something completely different from conventional post-disaster reconstruction. From then on, I became interested in the brand, and knew that I wanted to meet its founder, Keiji.

KA: We ended up meeting relatively soon after Ishinomaki Lab got started.

HK:At IFFT** in the autumn of 2013, I was able to greet Keiji, said something like “Ishinomaki Lab. Pretty good, huh”, and somewhat conveyed my interest in the brand, but unfortunately the conversation stopped there. Yet, that turned out to be the start of all this.

KA:(​laughs​) At that time, who would’ve known! Over the years since then, I stayed in touch with Hiroshi and consulted with him regarding Ishinomaki Lab and our future plans.

HK:Karimoku had also been seeking to challenge itself with new projects and experienced a period of trial and error. From 2017 on we were grateful for the opportunity to work with Keiji in various fields that we were inexperienced in. During that time, the idea to collaborate with Ishinomaki Lab gained momentum, and at the November 2018 edition of IFFT, we debuted the concept and initial prototypes for “Ishinomaki Laboratory by Karimoku”.

⚫Why did the two companies ultimately decide to work together?

HK:I think the designs that were born out of simple, easy-to-construct DIY roots and different limitations are truly amazing. I was quite captivated by the products and wanted Karimoku to be able to produce them as well, but there’s no meaning if Karimoku makes the exact same products. However, what Karimoku is able to do is to carefully scrutinize the details and materials that go into furniture-making and then move forward with production. When we were discussing the possibility of a collaboration with Keiji, we kept that in mind. At the “architect meets karimoku” exhibition at Design Koishikawa*** in 2018, we displayed the Karimoku version of the AA STOOL, and it elicited an even greater reaction than we could have predicted.

KA:Yes, that’s right. It’s as if a new aspect [of the product] that wasn’t there before was noticed.

HK:Ishinomaki Lab is fascinating because of its gripping origin story, “Made in Local” initiative where products are locally made and sold in local markets across the world, and the effort that it’s putting into being sustainable and eco-friendly. Karimoku has wanted to use domestic wood species for production, but wood from Japan’s deciduous broadleaf trees is difficult to reliably procure. For the IFFT exhibition’s AA STOOL prototypes, we decided to try using that kind of wood. The stools created were sturdier than those made from coniferous trees, with an assured strength and minimal appearance. As we played around with using some “imperfect” pieces of wood with slight surface damage from insects, knots, or other marks, we saw that the unique individuality of those pieces suited Ishinomaki Lab’s simple designs well. With this, we realized we could move forward.

KA:Because Ishinomaki Lab started from the reality of needing to use whatever materials could be obtained after the disaster, you could say that a key point of our designs is that they are not bound to a certain material. The wood that we primarily use in our products is Western Red Cedar from Canada. When we initially began back in 2011, a large amount of Western Red Cedar was donated to help us get started, and because it’s still a reliably-available and high-quality wood, we use it to this day. Our focus on sustainability through the Made in Local initiative is a recent development. In that vein, if products from this brand can use the wood that Karimoku isn’t able to so easily use for its own products, convey a new story from this association, and be of use, we would be very pleased.

⚫What is unique about this collaboration? What do you hope to emphasize through it?

KA:This is about adding a new chapter to Ishinomaki Lab’s story thus far, which has been about our progress and the trials and errors along the way. Through this brand, we thought we could talk about what lies ahead. The challenge is conveying it to our customers.

HK:While sharing Ishinomaki Lab’s founding concept and spirit, this collaboration can bring out a new charm different from the original. It’s about refining and honing the raw, powerful image that the original brand carries — much like how a sword is whetted and sharpened. For each design, it’s about showcasing other facets of its beauty and appeal to our customers.

KA:I’m very thankful for how Karimoku has turned the DIY-based originals into more refined pieces of furniture. While keeping the roots in Ishinomaki Lab’s origins, we want to convey a message of striving toward greater heights with Karimoku, and hope that people will respond well to that story. We also want to clearly distinguish this collection from the original Ishinomaki Lab brand. With those who will participate in using our furniture, we hope to develop this brand further.

HK:Thanks to how well-developed the originals are, they are able to be applied in many unique ways. From that, we have a solid starting point that is derived from the spirit of those who volunteered and participated in reconstruction efforts after the disaster. A kind of consideration and feeling of kinship is included in this. We hope that people will cherish this furniture and consider its meaning as they use it.

We’re also taking on the challenge of using wood species that, to utilize effectively, take a bit of time and labor. Through this, we hope to raise awareness of the idea of a sustainable future — in particular one in which we have a union with nature. It’s not just about conveying the appeal of design via colors and shapes, but about sharing the abstract message of recognizing the closeness of trees and forests and their irreplaceable existence as well as a shared kinship with people and nature.

KA:As a brand with its beginnings rooted in the reconstruction efforts after the 2011 disaster, Ishinomaki Lab is still quite small, with a workshop that employs just a few people. Because of this sort of limitation, I felt that there might be a dead end ahead. The memory of the disaster will fade and the financial assistance will be discontinued, yet the people affected must continue living on. This is why we’ll continue moving forward by seeking the support of more established companies through new collaborations. Undertaking this next step with Karimoku lending their strength as our partner is a stroke of good fortune.

⚫Looking ahead, what are your future plans for the brand?

KA:As a brand, there’s the potential of bringing forth new designs in the Karimoku way. From here on we’ll continue to create new products, but not necessarily on an annual basis. Besides the method of redesigning the original Ishinomaki Lab products, there’s potential for other approaches as well.

HK:We would like to try making the pieces with different wood species. Here at Karimoku, while we do import oak, the majority of our white oak is domestic Japanese oak, with 98% of it sourced from Hokkaido prefecture and the Tohoku region. Respecting Ishinomaki Lab’s emphasis through the Made in Local project on using local materials, we want to use the domestically-sourced Japanese oak as the base of our production for this brand.

We also hope to source wood that’s often not seen as usable for furniture production, such as trees which have fallen due to the impact of a natural disaster, or trees that are seasonally cut down after bearing fruit. While so many possibilities abound, we will also need to consider the supply route and availability.

* The Great East Japan Earthquake: ​On Friday, March 11, 2011 at 2:46 pm JST, a magnitude 9.0 earthquake struck off the coast of Miyagi prefecture - the largest earthquake recorded in recent history. A tsunami with waves of over 10m in height - with a maximum recorded of 40.1m - struck the Tohoku and Kanto regions of Japan, causing massive damage along the Pacific Ocean coastline. Ishinomaki Laboratory was born in the aftermath in heavily-damaged Ishinomaki city, Miyagi prefecture, and continues operating there to this day.

*** Design Koishikawa:​ For a limited period of time from 2016 to 2018, Keiji Ashizawa set up a gallery space in the same neighborhood as his own design studio (Koishikawa, Tokyo). Connecting the city with design, one of the purposes of Design Koishikawa was to widen the possibilities of the Koishikawa neighborhood, and to that end, it was home to a spacious gallery and multiple shops. It often hosted various presentations and could be openly frequented by community members. Regrettably, Design Koishikawa closed in July 2018, as the building it was in was scheduled to be demolished.